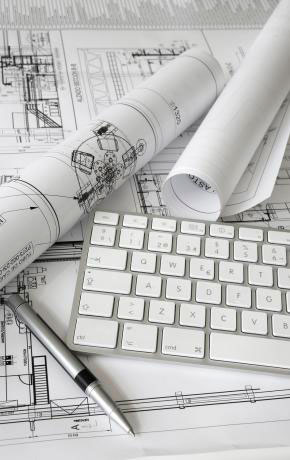 The registration of a patent in Spain gives the holder 12 months of global priority.

PROCEDURE FOR REGISTERING A PATENT

The patent is a legal and technical document. It confers on the owner the exclusive right and the right to prohibit third parties from using the claimed novelty without their consent. The procedure to be followed for the registration of a patent is relatively complex, so to bring it to a successful conclusion requires the collaboration of an Official Agent of Industrial Property who defends its novelty, the advantages that differentiate it from what is already known and above all, who knows how to claim for the industrial property of the inventor what the novel patent offers.

Patentability: The procedure to be followed to  register a patent  begins now when the inventor conceives an idea, which will gradually take shape until it matures into an invention and ends up becoming a patent at the time of its registration. The inventor must be clear that for his invention to be patented he must meet three requirements: The first is that it contains at least one novelty, meaning novelty everything that, because it has not been published, is not known previously. The second that this novelty involves inventive step, which means that the novelty must be useful, must bring at least an improvement, an advantage, the solution of a problem to the state of the art known until then. The third requirement is that it is capable of industrial application, which is why scientific theories, methods in which physical elements do not intervene and in general all that scientific, artistic, or literary work that cannot be subjected to an industrial process belongs to intellectual property are not patentable.

Novelty and inventive step: Once the inventor is clear about what he wants to patent, either because he has carried out successful tests or because he has calculated it or developed a prototype or is aware that it works, he must commission the descriptive report to an Official Industrial Property Agent. He will explain to the Agent what his invention consists of, the disadvantages or problems it solves, the advantages it brings. This one, assisted by his collaborators lawyers, engineers or in his case chemists or biologists will begin looking in databases for documents that could destroy the alleged novelty of the invention. If it finds some, it analyzes them to see if the characteristics claimed in them match the novel characteristics of the proposed invention. If it finds that the proposed invention provides at least one novelty and that this novelty involves an inventive step, it will thus inform the inventor so that he can decide whether to proceed with the drafting of the descriptive report. In the descriptive report it must first be recorded that the invention proposed as a patent actually presents one or more novelties. To do this, the Official Agent must compare the novel characteristics of this with those of the precedents found in the search, to then relate the disadvantages presented by the previous ones and how the proposed invention comes to solve these drawbacks. This needs to be expressed as clearly and concisely as possible so that when the patent comes for examination, the Examiner can determine not only the novelty of the invention, but also its inventive step.

Description:Then the Official Agent will proceed, with the help of his assistants, to describe the proposed invention without unnecessary repetitions that may confuse rather than clarify, using the appropriate terminology and syntax, clearly and concisely, without omitting any of the elements imply novelty, highlighting those that represent an advantage over the known. It is important that the description meets these requirements, since on the one hand it must pass the formal and substantive examination and on the other, it will have to be translated into the languages of the countries in which it is to be registered and exploited.

Armo:What we will explain below is called armor because of the conceptual similarity between an armored tank so that the enemy cannot destroy it, and the patent equally “armored” so that no third party, which although not an enemy, is a competitor, can destroy the novelty of the invention proposed as a patent. It is a question of giving the patent strength and security so that it resists possible onslaughts in the face of its novelty and inventive step. In this respect, the inventor shall inform the Agent of all possible edifications other than the invention and the agent shall not only take them to the description but also to the claims.

Drawings:For a better understanding of the descriptive memory will be attached to the patent as many drawings as necessary for it. They must comply with the rules of the patent regulation and the various elements that make up the invention must be marked by arrow and number, without further legend. As many figures as necessary to better understand what has been described should be included, these may be elevations, plants, profiles, sections, details, and perspectives.

Summary:Should not exceed 150 words. Although it has no legal value, it is used to publicize the patent, being very useful as a prologue to it, so that the one looking for a specific patent receives a first and fast impression of what it is about, and then, if you have been interested in what you have read in the summary, go on to read the rest of the patent. It is therefore important that the summary reflects, albeit very briefly, the actual content of the patent.

Priority: On the day, time, and minute on which the descriptive memory of the patent with its claims, drawings and summary is deposited in the Patent Office of the country of origin, in our case Spain, the patent obtains a right of priority of 12 months, valid in all the signatory countries of the Paris Union Convention of 1883, which are virtually every country in the world. This means that if a patent is to be registered in any country in the world that is identical or like the priority one, its registration will not succeed. It should be borne in mind that this priority only lasts 12 months. What can be done to extend it any longer? The answer is in the next paragraph.

PCT – Patent Cooperation Treaty. It is an international treaty by which the signatory countries, which are most countries in the world, are obliged to respect the PCT procedure. This procedure provides, on the one hand, for an extension of the priority right of 30 months from the priority and, on the other hand, for a global prior art report (EIT) followed by a written opinion on the matter, which will then be used to register the patent at the regional or national stage.

Examination, EIT and Written Opinion: Once within the PCT, WIPO (World Industrial Property Organization) is responsible for examining the patent, issuing the EIT (Prior Art Report), as well as the Written Opinion. If the EIT is favorable, so is the written opinion, so it can continue to be processed at national level without problems. If the EIT points to some claims.

National phase: After 30 or 31 months, depending on the country, the patent must enter the national phase in those countries in which it is to be exploited, that is, the inventor must register his copyright in those countries, translating the patent into the target language and using the form and substance examinations, the international prior art report and written opinion already achieved during the PCT process.

Annuities:From the third year, annuities must be paid up to 20% in each of the countries in which the duties in force are maintained. The number of annuities gradually increases as they pass, the highest amount being the one that corresponds to annuity 20.

This website uses cookies to improve your experience while you navigate through the website. Out of these, the cookies that are categorized as necessary are stored on your browser as they are essential for the working of basic functionalities of the website. We also use third-party cookies that help us analyze and understand how you use this website. These cookies will be stored in your browser only with your consent. You also have the option to opt-out of these cookies. But opting out of some of these cookies may affect your browsing experience.
Necessary Always Enabled
Necessary cookies are absolutely essential for the website to function properly. This category only includes cookies that ensures basic functionalities and security features of the website. These cookies do not store any personal information.
Non-necessary
Any cookies that may not be particularly necessary for the website to function and is used specifically to collect user personal data via analytics, ads, other embedded contents are termed as non-necessary cookies. It is mandatory to procure user consent prior to running these cookies on your website.
SAVE & ACCEPT
error: Content is protected !!